What do you mean, does it rain in Spain? Of course it does! It rains everywhere, even in Dubai (occasionally). I almost brushed it off as nonsensical question, but the questions kept appearing. “Does it ever rain in Spain?”, “Is there a desert in Spain?”. Apparently, it’s a trend. Still with some deslief, I quietly typed in “does it rain in Spain” on Google. The results? 149 000 000.

This user on Quora seemed to be surprised that it rains so much in Spain, only to be met with pictures of Costa del Sol in the answer section. But if you take a minute to look at this map shared by another user, you’ll quickly understand that the Northern tip of Spain - Galicia - is actually more rainy than Paris and, surprise, surprise, London. 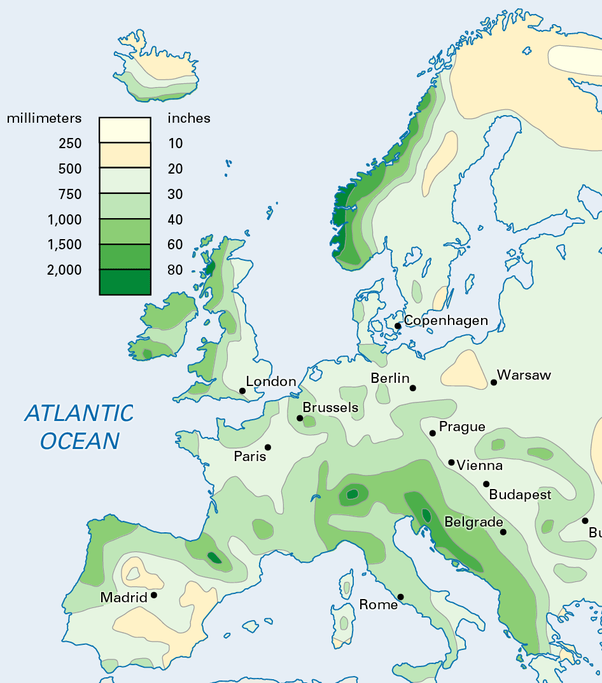 One easy way to prove that it rains in Spain is through language. There are several words and expressions for rain and rainy storms. All of these can be used as a synonym of rain: aguacero, chaparrón, chubasco, precipitación, borrasca, tormenta, tempestad, tromba, diluvio, calabobos, sirimiri, orvallo.

But there’s more. Not only do we have several words for rain, we also have several expressions mentioning or about rain itself. Here is a full list of 11 expressions in Spanish for the British “raining cats and dogs”. Would Spanish be so expressive in regarding to rain if it didn’t rain? Take an educated guess.

And now, for my final argument: Galician, a different language spoken in Galicia, has even more expressions for rain. As a curiosity, here are some!